Welcome to M.A. Munson Law, where it is our mission to provide each and every client with zealous and effective legal advocacy, in an effort to obtain the very best outcome possible for each and every client. At M.A. Munson Law, we have found that working hard and treating people right goes a long way towards establishing a high level of trust and credibility with our clients. And we attribute this trust to the fact that we were voted Best Criminal Defense Firm in Iron County and also enjoy more 5 Star Ratings than any other Bankruptcy Firm in Southern Utah.

SCHEDULE A FREE CONSULTATION!
At M.A. MUNSON LAW, we are constantly seeking to expand our resources, improve our processes, and implement new and innovative approaches to the practice of law, so that we can continue to deliver the best experience possible to each of our clients.  For example, we have embraced a transparent, set-fee approach to the practice of law, whereby our clients know the extent of their legal fees before ever retaining our services—and are assured that they will not be billed for every phone call, email, etc.  We feel that these types of changes go a long way towards establishing a level of trust and credibility with our clients, and are yet another reason that our clients are so willing to recommend our office to their families, friends, and associates.We invite you to experience this new approach to the practice of law for yourself!  To discuss your legal needs or schedule a FREE CONSULTATION, please call (435) 238-7734 or CLICK HERE.

We invite you to experience a new, client-centered approach to the practice of law for yourself.  Please contact our office today to schedule a FREE & CONFIDENTIAL CASE REVIEW.

Matt received his Bachelors of Science in Political Science from The University of Utah in Salt Lake City, UT. He was later awarded a Juris Doctorate from The S.J. Quinney College of Law at The University of Utah. While attending law school, Matt was appointed to represent the law school in the ASUU Senate, served as the President of the Federalist Society, and completed an internship with the Utah State Senate. In addition, he worked as a Law Clerk within the Tax & Revenue and Education & Health Divisions at the Utah Attorney General’s Office. 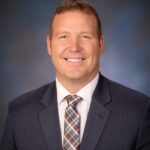 Matt devotes his practice to Bankruptcy, Criminal Defense, Personal Injury, Corporate Law, and Estate Planning.  He is a member of the Utah Bar Association, American Bar Association and is admitted to practice law before the Supreme Court of the State of Utah and the United States District Court for the District of Utah.

Active in several local community organizations, Matt’s professional associations include the American Bar Association, Utah Bar Association, Southern Utah Bar, Washington County Board of Realtors, and Wills for Heroes. Matt is also a frequent speaker on educational topics involving various areas of the law, including Estate Planning, Asset Protection, Bankruptcy, and Corporate Law. He is also associated with the Southern Utah Sports Academy, a 501(c)(3) nonprofit organization that he helped to establish and fund.  A proud supporter of our nation’s veterans and their families, Matt has long been actively engaged in several veterans causes including Wills for Heroes and The Wounded Warrior Project.  Matt also works on a local level to assist and support veterans and their families during times of deployment.

Matt and his wife Keri reside in Cedar City and are the parents of three young children. Both Wyoming natives, Matt and Keri love to spend their free time traveling, exercising, reading, coaching their children’s athletic teams, and sharing Southern Utah’s world class recreational opportunities with their children.

Debra received her bachelor’s degree from the University of Utah and later attended Brigham Young University’s J. Reuben Clark School of Law where she was an associate editor of the BYU Education & Law journal and a mediator in the Utah County courts. 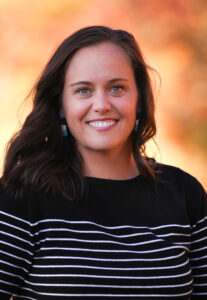 Prior to working at M.A. Munson Law Debra practiced in Florida, both at a private litigation firm focused on real estate, and construction litigation and for the Florida Department of Financial services Constitutional Issues division.

I pray for the glory of God and in the pursuit of His justice, I may be trustworthy with confidences, keen in study, accurate in analysis, correct in conclusion, able in argument, loyal to clients, honest with all, courteous to adversaries, and ever attentive to conscience. Lord, stand always beside me so that today I shall not, to win a point, lose my soul.

– The Prayer of Sir Thomas More
Go to Top